Conan Exiles is an online multiplayer survival game, now with mounts and mounted combat, set in the lands of Conan the Barbarian. Enter a vast, open-world sandbox and play together with friends and strangers as you build your own home or even a shared city. Survive freezing cold temperatures, explore loot-filled dungeons, develop your character from a lowly peasant to a mighty barbarian, and fight to dominate your enemies in epic siege wars.

Conan Exiles can be played in full single-player, co-op, or persistent online multiplayer.

After Conan himself saves your life by cutting you down from the corpse tree, you must quickly learn to survive. Weather scouring sandstorms, shield yourself from intense temperatures and hunt animals for food and resources. Explore a vast and seamless world, from the burning desert in the south to the snow-capped mountains of the north. 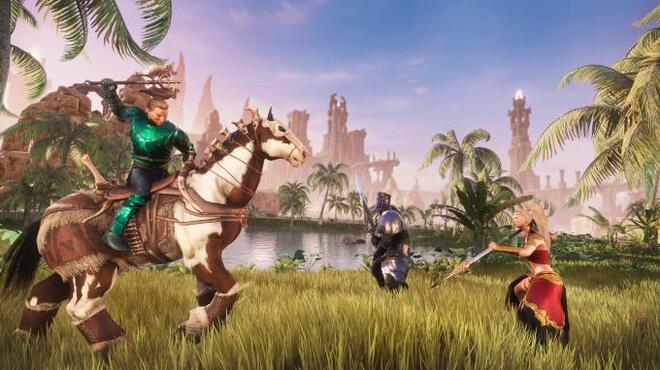 Forge the legacy of your clan as you fight to reclaim and dominate the Exiled Lands. Use the powerful building system to create anything from a small home to entire cities piece by piece. Wage war using swords, bows, siege weapons, and even take control of giant avatars of the gods to crush the homes of your enemies in epic battles.

Journey through a massive and seamless open world. From the rolling sand dunes of the southern desert, through the mysterious eastern swamp and the snow-capped mountains of the frozen north. Climb anywhere and experience full freedom of exploration.

BUILD A HOME AND A KINGDOM

Harvest resources to craft tools and weapons, then build anything from a small home to entire cities piece by piece using a powerful building system. Place traps, elevators, and defenses, then deck out your creations with furniture, crafting stations, and more. 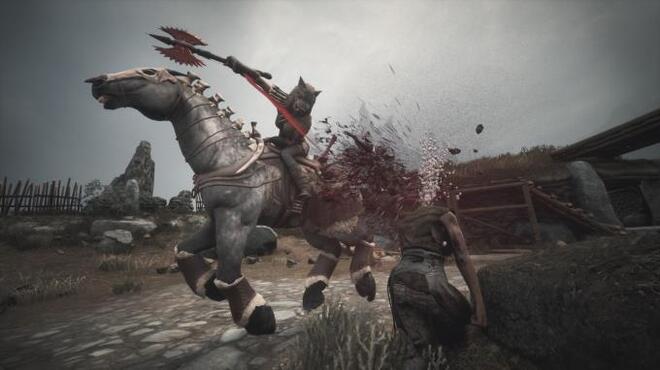