You are about to participate in a great adventure.

It is the year 2083. Ten months ago, the first humans landed on Argilus. They found cities, towns, industrial installations – all deserted. Doors unlocked. Meals unfinished. Amazing machinery still working. But no people.

It was like finding the Mary Celeste on a planetary scale.

Science teams were brought in, research bases set up. Four months later, your supply ship has been sent to check on these bases. But when you hail them from orbit, there’s no answer. The science teams, too, seem to have vanished.

Now your systems are failing and you and your crewmate have no choice but to abandon ship. But where can you go? Where else? SCHIZM: MYSTERIOUS JOURNEY is a thrilling First Contact adventure where you play both members of the Earth supply vessel Angel as you explore the fascinating landscape of an alien world filled with mystery and intrigue

On 4 December 1872, the 103-foot brigantine Mary Celeste was discovered drifting abandoned in the Atlantic 590 miles west of Gibraltar. The captain’s log and the crew’s personal effects were found on board. The cargo was intact. There was an unfinished letter on the mate’s desk, the imprint of a child’s head on a pillow on one of the bunks. To this day, no one knows what became of the captain, his family and the crew of seven.

When the first humans landed on Argilus on 24 June 2083, they found towns, cities, evidence of fascinating alien technology, but all abandoned, with clear signs that the inhabitants had only just departed. Doors were unlocked, meals unfinished. Amazing machinery was still working away. But no people. It was like discovering the Mary Celeste on a planetary scale. 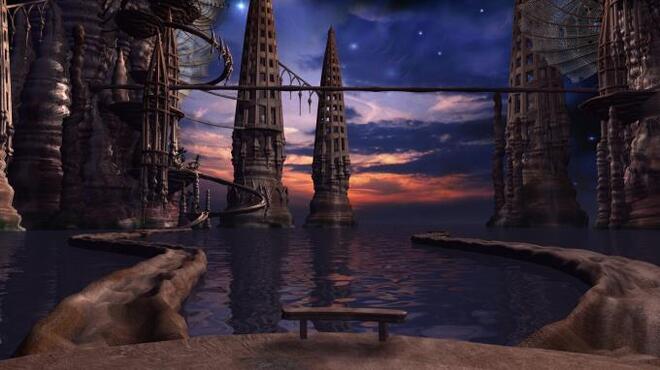