Command from above or take direct control below. Lead your foot soldiers, cavalry, tanks and planes to victory. Deploy an exciting arsenal of guns, gas, howitzers, mortars, troops, flamethrowers and vehicles to protect your Toybox in vintage WWI toy dioramas.

Toy Soldiers is a multi-genre action-strategy game in which players command antique WWI toy soldiers vying for control of the trench-filled diorama battlefields of Europe. The original classic has been overhauled and upgraded with new content, skins, gameplay, expanded game modes, improved controls and graphical upgrades. We’ve also included all the original DLC and a few new levels as well!

Take a ride and follow your shot right onto its target! 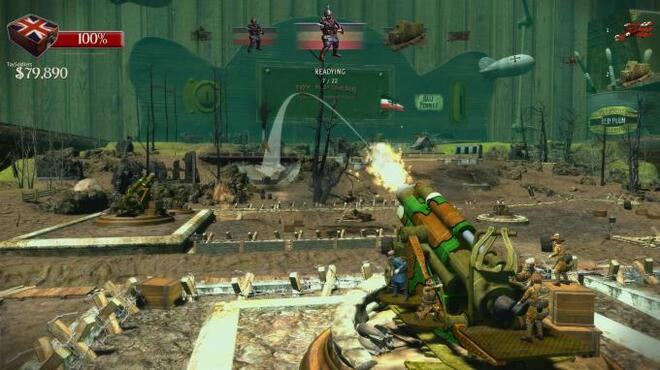 Leap into your strategically placed units and take hands-on control.

Remember: this is a war of attrition, do whatever it takes against huge enemy bosses.

Think you can drive it better? Jump behind the wheel and drive (or fly) these classic machines of war yourself.

Intense battlefield action as these miniature models unleash mayhem on each other! 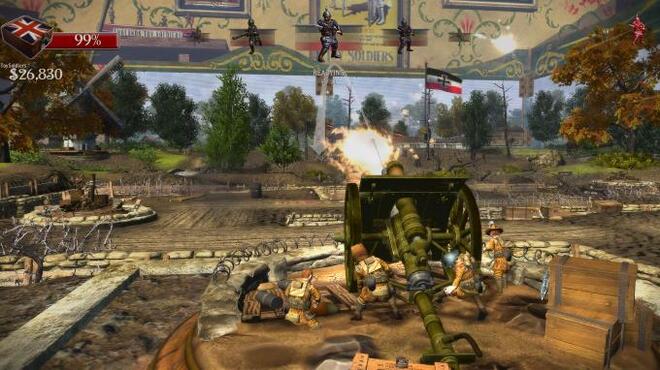